Modeling the change of the desired speed

Assume the following scenario, with two horizontal planes and a stair, where \(z_0<z_1\) and the inclination of the stair \(\alpha\).

Given a stair connecting two hirozontal floors, we define the following functions: 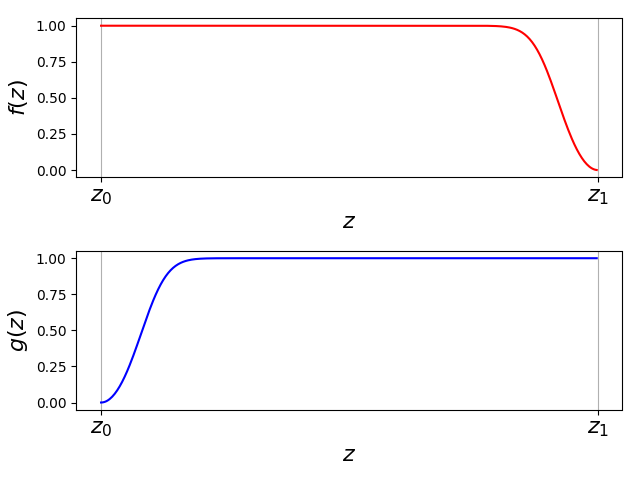 Function of the desired speed

Taking the previously introduced quantities into consideration, we can define the desired speed od the agent with respect to its \(z-\)component as 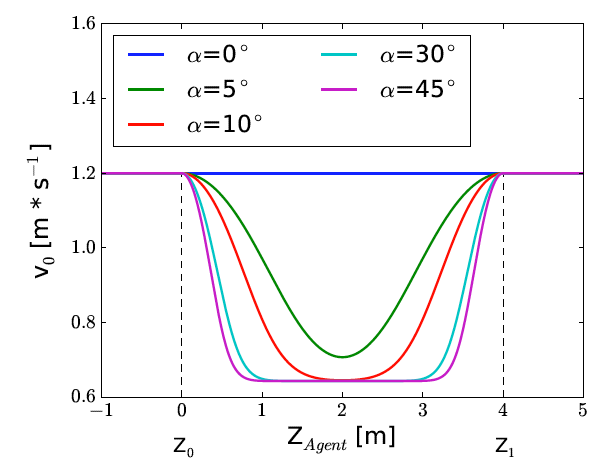 Note: The value of c should be chosen so that the function grows fast (but smooth) from 0 to 1. However, in force-based models the speed is adapted exponentially from zero to the desired speed. Therefore, the parameter tau must be taken into consideration.
Tags: jpscore model